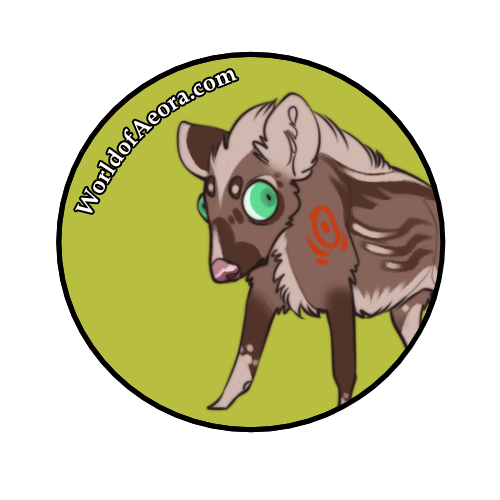 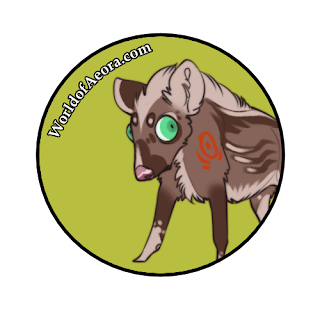 Classification: Even-Toed Ungulate (Artiodactyla)
Size: Small
Diet: Pekrem are grazing herbivores that eat mainly grasses, roots, and low-lying shrubs. Their strong jaws, and multi-chambered stomach, allow them to process hardy plant material that other grazers wouldn’t be able to eat.
Habitat: Pekrem are mainly found in low-lying, dry climates and biomes — such as savannas, deserts, and other arid landscapes.
Social: Pekrem are herd animals that travel in groups of roughly 5 - 10.

Predator / Prey Relationship: Pekrem do not eat meat, but are one of the primary food sources for predators in their environment. Since pekrem reproduce quickly, and lack many natural weapons, predators often find them an easy snack. Pekrem are, however, fairly quick and can do quite a bit of damage when they are in a group.
Appearance: Pekrem look like large rodents about the size of a dog, although they have hooves similar to a small deer. They have a large snout and buggy eyes of various colors and hues. The most common eye colors are green and blue. Pekrem have coarse, brown fur that covers their body, coming in different shades from tan to chestnut. Sometimes they are born with odd-colored markings on their bodies such as spots and stripes. The male pekrem is bulkier, and stockier, than his female counterpart, and also has a shorter tail. One of the distinguishing features of a pekrem is the hairy mane along their back and spine, which is usually a lighter color than the rest of their fur.
Relationship w/ Humans: Pekrem and humans have had a mutually beneficial relationship for many years. As early as the first days of Kemet, people were raising pekrem as livestock. Sometimes they would paint them with odd colors, distinguishing them as property of particular families or tribes. It is also known that Kemetians used pekrem in their religious rites. Pekrem run wild throughout the arid environments of Aeora, particularly in the southern hemisphere; however, humans in many regions have used them as a source of meat and fur, and have hunted them so heavily that wild pekrem can only be found in a few places. Furthermore, pekrem meat has been a popular trade good across many nations.
August 05, 2021
Share to: Twitter Facebook
URL Print Email
Labels: Aeora Creatures fantasy
Newer Post
Older Post